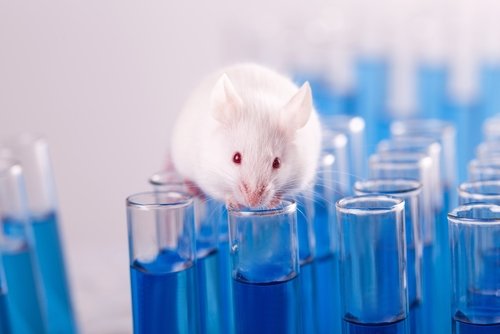 Researchers have found that two proteins, Sox2 and Id2, play a protective role in preventing further damage in specialized nervous system cells of a mouse model of Charcot-Marie-Tooth disease type 1B (CMT1B).

The study titled, “Sustained expression of negative regulators of myelination protects Schwann cells from dysmyelination in a Charcot Marie Tooth 1B mouse model,” was published in The Journal of Neuroscience.

Charcot-Marie-Tooth disease (CMT) develops due to a deficiency in the myelination of neurons, which is carried out by a cell type known as Schwann cells. Myelination — the process in which myelin surrounds and protects neurons — is tightly controlled and requires a balance of positive and negative regulators.

The negative regulators include proteins such as Sox2, Notch, and Id2. The overproduction of these proteins is associated with a reduction in myelination. These factors are generally abundant in immature Schwann cells but are reduced when Schwann cells mature — a process called differentiation — and myelination begins.

Mature Schwann cells are capable of turning into repair cells if a nerve is damaged in order to aid nerve regeneration. Interestingly, Sox2 and Id2 are also upregulated after nerve damage, suggesting a role for these proteins in the regeneration process.

This could indicate that abnormally high production of Sox2 and Id2 could be involved in inefficient myelination, which is an issue in many neuropathies, including CMT.

CMT1B develops due to a mutation known as S63del in the MPZ gene, which codes for a protein known as P0, the major structural protein of the myelin layer. Studies have shown that nerves with P0S63del mutations have high expression of Sox2, Sox4, Id2, and c-Jun. Scientists suggest that their expression may contribute to the demyelination that is observed in this disease.

Therefore, researchers set out to investigate whether the expression of Sox2 and Id2 negatively regulates myelination in a mouse model of CMT1B, known as the P0S63del mouse.

Researchers first demonstrated that the Schwann cells in the P0S63del mouse are indeed expressing proteins that are normally expressed only during the pre-myelination state. Specifically, they show that two factors — Sox2 and Id2 — are negative regulators of myelination in the mouse model.

When researchers reduced the expression of Sox2 and Id2 in the P0S63del mice, they found that it led to the worsening of the demyelinating profile. This suggests that these factors play a protective role in this disease.

Therefore, the authors conclude, “Sox2 and Id2 act as negative regulators of myelination in vivo, but that their sustained expression in CMT1B represents an adaptive response activated by the Schwann cells to reduce mutant protein toxicity and prevent demyelination.”