The report, “Nerve Ultrasound Findings before and after Surgery in a Patient with Charcot-Marie-Tooth Disease Type 1A and Comorbid Carpal Tunnel Syndrome,” was published in Case Reports in Neurology.

Carpal tunnel syndrome (CTS), which is marked by numbness, tingling, and pain in the hand and forearm, is seen in about 6% of patients with inherited forms of nerve cell damage.

Its prevalence in people with CMT, particularly in those with CMT1 (also known as demyelinating CMT), is unknown, however. This difficult diagnosis is due to the overlap with other symptoms, and to inconclusive tests. CMT1 is caused by genetic alterations that damage myelin, the fatty layer that covers and protects nerves.

Researchers at the Norton Neuroscience Institute, Louisville, described the case of a patient with CTS and CMT1A disease, the most common subtype of CMT type 1, that was successfully diagnosed using ultrasound. 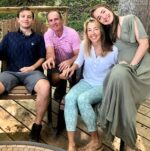 The patient, a 28-year-old woman, had pain in the neck and both arms, as well as a burning sensation (a condition called paresthesia) in both hands for 11 years. Pain and paresthesia also affected her feet. An MRI showed a small-disc herniation in the area of the spine where the neck and upper back connect. A herniated disk refers to a problem with one of the rubbery cushions between the spine’s vertebrae.

She underwent physical therapy and was medicated with gabapentin, an anticonvulsant also used for relieving nerve pain, and the anti-inflammatory meloxicam. This reduced her neck pain, but paresthesia in her hand and arms persisted.

The patient was referred to electrodiagnostic tests that measure electrical impulses in nerves and muscles.

An examination showed a pes cavus, or high foot arch, and impaired sensation in the feet and all fingers. She had weakened hands and feet muscles, which also affected the tibialis anterior — a muscle in the side of the shinbone — in both legs. She also lacked ankle reflexes, although those in the knee were normal.

An electromyogram, which records muscle response to nerve stimulation, showed impairments in both arms and legs suggestive of motor and sensory nerve damage consistent with CMT1A disease, the researchers said. Follow-up genetic analysis revealed an extra copy of the PMP22 gene, the chief cause of CMT1A. A family member also had CMT.

The patient also underwent ultrasound tests that revealed alterations in the nerves at the carpal tunnel inlet (wrist) consistent with CTS.

She underwent a small surgery for CTS, called carpal tunnel release, wherein a surgeon makes an incision over the carpal tunnel ligament to relieve pressure on the nerve. The surgery was conducted in both hands with a two-week interval.

Within three weeks, the woman’s pain and paresthesia subsided. An ultrasound three months later showed nerve decompression at the carpal tunnel, supporting the surgery’s success. While the motor conduction in her wrist improved, she still had no response to sensation input, however.

This case report supports using ultrasound as a “valuable technique for identifying comorbid [coexisting] CTS in patients with CMT and directing appropriate treatment,” the scientists concluded.