A few months ago, because I’m on its mailing list, I received an email from the Hereditary Neuropathy Foundation highlighting an opportunity to audition for a role in a Hallmark Christmas movie. The casting call described a need for a woman in her 60s who is “funny,” “sharp,” “full of life,” and who “suffers from a neuropathological disease.”

Although I’m a guy in my early 30s and thus couldn’t participate, I was still intrigued to see what would come out of this Hallmark project.

It’s rare that folks in the disability community see depictions of themselves in the media, and to my knowledge, there have been only a handful of depictions of Charcot-Marie-Tooth disease in movies.

So, when “The Christmas Bow” was released on Nov. 8 on Hallmark Movies and Mysteries, I was eager to see how the filmmakers would show the chronic condition that has shaped many aspects of my life.

I didn’t expect much. I knew CMT probably wouldn’t get much screen time in a movie about a romance between two able-bodied people. But I was ready to consider even one scene, one CMTer extra, or even just a mention, a win in my book.

Well, after seeing the film, I think for a movie that’s not focused on the disease, “The Christmas Bow” does a pretty darn good job of representing and talking about CMT. And as a CMTer, it made me happy and a little proud.

Not only does the film mention CMT by name, but it also finds time in the script to briefly describe some of the symptoms, and it refers to CMT as the “most common disease nobody’s ever heard of.”

Perhaps best of all, Tess, the character with CMT in the movie, is played by real-life CMTer Joy Perry, someone who has long been active in the CMT community. Perry, who had no acting experience prior to working on “The Christmas Bow,” made it through the audition process and provided natural authenticity to the project.

Although Tess, the fictional character from “The Christmas Bow” is older and has more progressed CMT symptoms than Perry herself, Perry was able to reference her wealth of experience with CMT to portray things realistically.

Indeed, Tess sits in a wheelchair like a CMTer, she walks with a rollator like a CMTer, and she speaks to the life experiences of a person with CMT because Perry, who plays her, is a real-life CMTer who’s plugged into the CMT community.

I also credit the director-producer team of this project, Clare Niederpruem and Maclain Nelson. They not only worked to shape the overall vision of the film, but also were the ones to first propose the idea of including a CMTer in the story.

According to Nelson, the original script simply called for a wheelchair user, but because Niederpruem and Nelson wanted to add a level of “realness” and impact, and because they were eager to provide exposure to this relatively unknown disease, they worked with Hallmark to create an opportunity to raise awareness of CMT via their film.

In regards to the movie itself, “The Christmas Bow” is as sweet as a candy cane hot chocolate with sprinkles and double-extra whipped cream — one of the main character’s beverages of choice. Every character in the movie is so good and pure of heart that any of them would fit right in with the idealized image of Santa, Mrs. Claus, or a North Pole elf.

And truthfully, I’m not predisposed to like such sweet and sentimental movies of this type.

However, considering how crazy and draining this year has been for me and many others, I ended up appreciating the opportunity to step into the safe and comforting world of “The Christmas Bow,” where money appears to be no object, stakes seem low, and you just know things are going to turn out fine.

“The Christmas Bow” continued to win me over with true-to-life violin playing from actor and musician Lucia Micarelli, and by featuring an older Asian character with an American accent — yet another plus in my book.

The movie and the story it tells is like a warm blanket — comfy and reassuring. It’s a movie that if watched before bedtime and paired with a cup of warm milk, guarantees only pleasant dreams.

So, if you think this sounds like an inviting experience, especially if you can appreciate an honest portrayal of a CMTer and can go a little more than an hour without being snarky, you can certainly do much worse than spending an evening with “The Christmas Bow.”

Perhaps it’s something to consider adding to your list of activities to enjoy during your socially distanced holiday season this year. 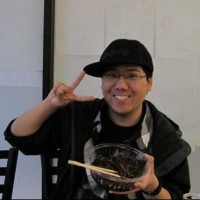 Young is a writer with CMT 1A living in Cary, North Carolina. He graduated from NC State University in 2013 with degrees in economics and international studies. After working for a few years in finance, Lee decided to shift his attention toward writing and library studies. Although Lee first learned he had CMT at a very young age, he didn’t participate much in the CMT community until 2018, when his friend and fellow BioNews writer, Kevin Schaefer, encouraged him to explore and learn more about this very important aspect of his life.
×

Young Lee
Young is a writer with CMT 1A living in Cary, North Carolina. He graduated from NC State University in 2013 with degrees in economics and international studies. After working for a few years in finance, Lee decided to shift his attention toward writing and library studies. Although Lee first learned he had CMT at a very young age, he didn’t participate much in the CMT community until 2018, when his friend and fellow BioNews writer, Kevin Schaefer, encouraged him to explore and learn more about this very important aspect of his life.
Latest Posts
Print This Article